Those who sent unprotected children into classrooms filled with COVID-19 must be remembered for more than their unparalleled capacity for self-pity, inglorious oppression fantasies, and juvenile trolling of public officials.

As pediatric cases, hospitalizations, and deaths reach their peak, politicians with an eye on higher office are not just sending children into dangerous environments, they are actively inhibiting every attempt to keep them safe. Governors like Ron Desantis seem determined to have as many children as possible contract the virus. He not only opposes school closures, but also mask and vaccine mandates. He has threatened to withhold funding to schools that implement mask mandates, even after this was ruled unlawful by a judge. He recently stood by and said nothing as a local government employee claimed that “the vaccine changes your RNA”. His actions make some sense given his beliefs: he doesn’t think the virus is dangerous to children, saying that “COVID, I view, is a very minor risk”.

Governor DeSantis is not operating in a vacuum. Doctors and epidemiologists at prestigious universities have influenced his decision to let children remain vulnerable to the virus. His problematic new Surgeon General was discussed here yesterday by Jann Bellamy. These doctors have repeatedly said that masks, lockdowns, and school closures are useless at best and counterproductive at worst. Other doctors gave him the false idea that pediatric hospitalizations for COVID-19 are misdiagnosed cases of RSV, an explanation offered in an attempt to minimize the impact of COVID-19 on children. Several of his advisors signed the infamous Great Barrington Declaration (discussed here by Dr. David Gorski), which advocated letting young, healthy people catch the virus to create herd immunity.

Instead of enumerating how the virus has harmed children, they hide behind irrelevant comparisons and false information in their ceaseless effort to undermine every attempt to protect them. An anti-mask article noted that “COVID-19 is less of a threat to children than accidents or the common flu”. It is true that accidents kill more children than COVID-19, however this is entirely irrelevant as to whether or not masks can protect them from a dangerous virus. Further, the claim that the flu is a greater threat than COVID-19 is simply wrong.

Again, it is true that COVID-19 is worse for old people. However this doesn’t mean it is harmless for young people, and it is entirely irrelevant as to whether or not the vaccine can protect adolescents from a dangerous virus.

We should make sure that the politicians and academics who send unprotected children into classrooms filled with COVID-19 are remembered for more than their unparalleled capacity for self-pity, inglorious oppression fantasies, and juvenile trolling of public officials who need bodyguards for the sin of trying to protect young people from a dangerous virus.

Vetenskapsförnekarna i USA låter nästintill identiska med hur det låter från Tegnells anhängare i Sverige.
"Faced with the choice between changing one's mind and proving that there is no need to do so, almost everyone gets busy on the proof." - John Kenneth Galbraith
Upp

Smart sätt av Tyskland att minska antalet covidioter i landet.
"Faced with the choice between changing one's mind and proving that there is no need to do so, almost everyone gets busy on the proof." - John Kenneth Galbraith
Upp 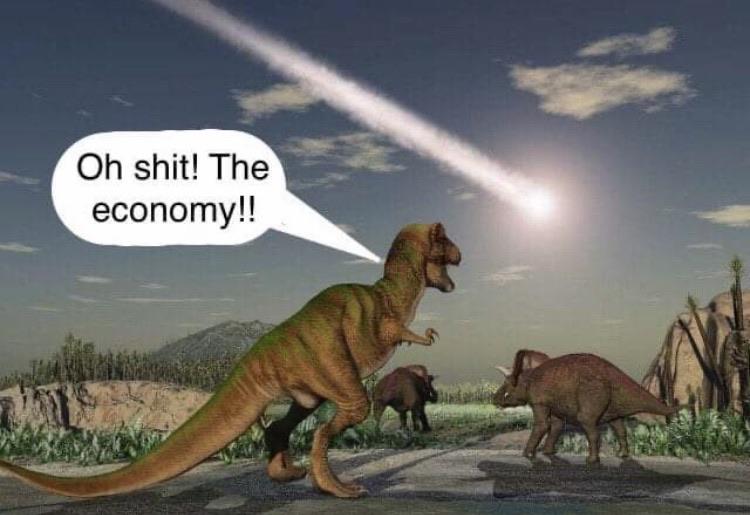 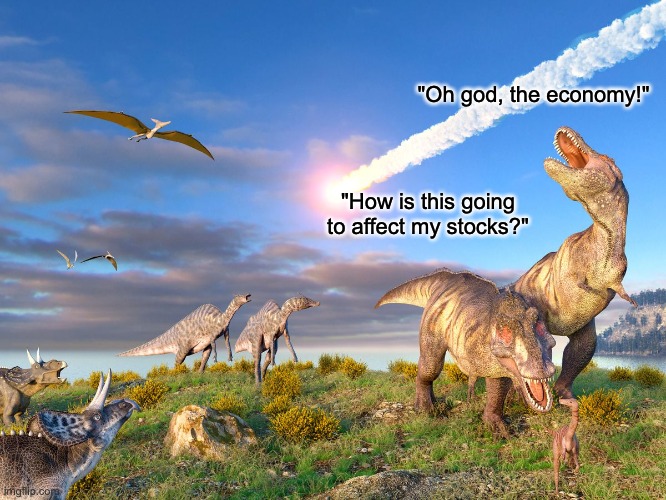 Is Ron DeSantis the leader of the free world or is it still Anders Tegnell?
Phil Kerben on Twitter (March 19, 2021)

Give me back my fact:
How can social science help us survive the post-truth pandemic?
Professor Trisha Greenhalgh, University of Oxford (on YouTube, Sep 24, 2021)

Bush Jr. called himself the decider when he decided to ignore the advice from (in this case: military) experts). Beslutsfattare tend to choose the experts that agree with them instead of listening to science. Even in the sciences of nature, it is always possible to find a couple of quacks who will say whatever the decision-makers want (and pay) them to say.
This is not only what Löfven did. It is also what Trump did in the pandemic, and what Biden is doing now in a different case.

I don't know if Matte is a fan of Löfven or Rågsjö, but throughout the pandemic he has come up with pathetic excuses for the Swedish strategy and has been in denial about many of its most obvious aspects, e.g. the idea that masking up was dangerous, which I had to post documentation for several times because he either didn't read it or immediately went into denial after having read it.

A few days ago, I noticed a peculiar shift in argumentation in a discussion in the International Skeptics Forum when a Biden fan, who would never excuse Trump's choice of 'experts', began to excuse Biden's policies with his alleged lack of medical expertise. And she is doing this in a situation where it has become obvious that the State Department and the CIA are busy removing all skeptics from the investigation of the alleged 'Havana Syndrome'.

Biden, Blinken and Burns don't do this because they are incapable of understanding the phenomenon of mass psychogenic illness. They do it because they won't allow the obvious explanation for the phenomenon, which contradicts the conclusion that they have a vested interest in.

Similarly, Löfven may not know much about epidemiology or the science of medicine in general, but he knows what he likes! He wants Tegnell to be right because he favours the strategy that he proposes, so he puts Tegnell and FoHM in charge of Sweden's pandemic response - until a certain point, i.e. November 2020. He chooses to listen to Tegnell and ignore his critics, the actual epidemiological experts. And his personal advisers must be doing the same thing.
Upp

Sweden's no-lockdown approach to Covid-19 intrigued the world. Unfortunately, the statistics have not been encouraging.
How does @SwedishPM Stefan Löfven view the strategy?
Our conversation:
Fareed Zakaria on Twitter (Sep 26, 2021)

Fareed Zakaria is usually much better than this, but he doesn't seem to know enough about Sweden's pandemic response to object to Löfven's lies.
Many comments in the Twitter thread, mainly from Swedes.


1:3 Swedish Prime Minister Stefan Löfven displays in this CNN interview how he's living in a fantasy world when it comes to evaluating Sweden's response to Covid-19.
And he says he would do it again. Nothing he says holds up to scrutiny. Remarkable.
(...)
2:3 He says we've come around to using masks. We haven't. Not even as a rule at hospitals.
He refuses to compare to the other Scandinavian countries & instead hints at unspecified "European" countries.
(...)
3:3 He says we kept the schools open. Mostly yes, without masks, without ventilation and without any testing.
Truth is Sweden went for building up herd immunity before vaccines came. And now they try to re-write history.
jorgenponder on Twitter (Sep 26, 2021)

Löfven mentions three things Sweden did: "Stay home with symptoms, keep the distance, use masks, we came to that later..."
It's hyperbole to state "use masks" as something Sweden did. It has never been a general recommendation, so why would he say that?
Ina Hallström on Twitter (Sep 26, 2021)

dann skrev: ↑
sön 26 sep 2021, 10:43
... Beslutsfattare tend to choose the experts that agree with them instead of listening to science. Even in the sciences of nature, it is always possible to find a couple of quacks who will say whatever the decision-makers want (and pay) them to say. ...

Interesting story about what was going on in the Trump administration during the pandemic. I had heard about another one of Trump's pandemic advisers, the Tegnell admirer Scott Atlas, but this guy went more or less under the radar. Now emails from his time as informal adviser to Trump have appeared:

Rachel Maddow reports on new documents unearthed by the House committee investigating the failed U.S. response to the coronavirus under the Trump administration that show Steven Hatfill offering advice that aligned with what would eventually be spoken out loud by Trump officials. The committee has issued a subpoena for more documents from Hatfill.
Exclusive: Documents Show Trump White House Adviser's Impact On Bizarre Covid Policy (MSNBC on YouTube, Sep 24, 2021)

Much like Tegnell in the spring of 2020, he was convinced that the pandemic had more or less 'burnt out' after eight weeks. In addition to this, he recommended hydroxychloroquine and ended up working for Trump's 'Stop the Steal' project.
Upp
Skriv svar
3691 inlägg