If I understand this correctly, face masks are no longer dangerous, they don't make Swedes think that they can stop social distancing and they will no longer contribute to the transmission of the infection because Swedes will be touching their face masks all the time, thus ruining the effect of all the hand-washing they have been doing since March!
I think that Tegnell should inform the rest of the world about this marvelous discovery so they can start using face masks, too!

You probably won't see articles like this one in the Swedish media and Anders Tegnell is busy toning it down. It would actually be a good idea for a Swedish newspaper to have Tom Britton comment on it:

I have already mentioned that on March 12 I thought it might be a good idea to consider "Covid-19 parties," i.e. something akin to the pox parties of the past (and of the present if you are a religious nutter), as a rational response to the pandemic. However, that was at a time when vaccines didn't seem to be an option in the near future and when serious long-term effects of Covid-19 were still unknown.

My own tongue-in-cheek suggestion of Covid-19 parties was obviously not based on evidence but on a couple of outright wrong or at least dubious assumptions: 1) Covid-19 is pretty harmless for young people, 2) It renders people immune for a very long time, i.e. more like measles than the flu, in this respect), 3) producing a vaccine will take years or maybe even decades, and 4) it is possible to keep vast sections of the population isolated from the rest of society long enough for them to infect each other and get over the infection.

And I would like to add a third question for those of you (skogaliten, for instance?) who seem to be well-aware that the cost of Sweden's strategy was thousands of lives + people having to come to terms with (sometimes debilitating) longterm effects of the disease:
Was there any evidence for the idea that it would be better for society to let the virus spread at a moderate speed instead of trying to contain it?
If so, what was the evidence?
And if not, what were the assumptions that made it seem likely to you?
Upp

Kurverne var næsten ens – men i anden bølge er Danmark trukket fra Norge og Finland (TV2.dk, Jan. 13, 2021)
Notice the difference in restrictions (and timing of restrictions) between the three countries. Not even population density is used as an excuse.
Upp

Evidensbaserad?
There actually are säkra svar. The only problem is that Löfven doesn't like the answer because 'Vi följer strategin.'
Senast redigerad av 1 dann, redigerad totalt 0 gånger.
Upp

Problems that we have & #ZeroCOVID countries don't:

Problems that we have & #ZeroCOVID countries don't:

https://pbs.twimg.com/profile_banners/1 ... 5/1500x500
"Faced with the choice between changing one's mind and proving that there is no need to do so, almost everyone gets busy on the proof." - John Kenneth Galbraith
Upp 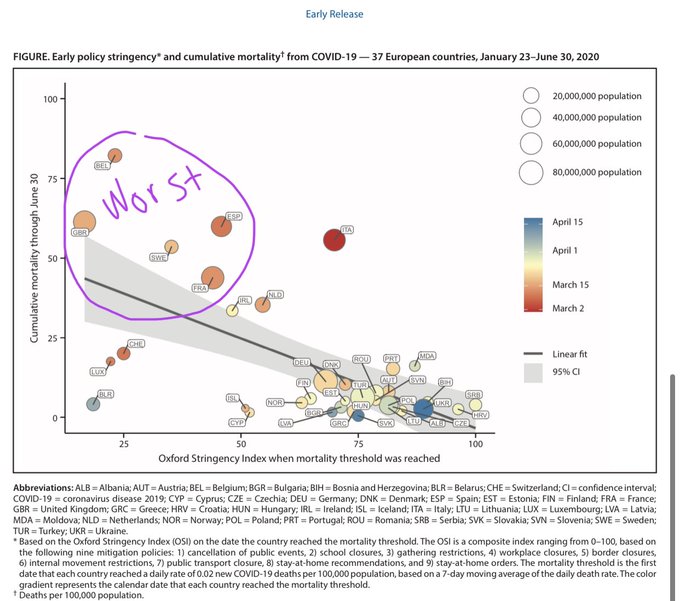 Hi from my quarantine hotel in Taipei. Here's the view for the next couple weeks....

Been following Taiwan's success at keeping covid-19 largely at bay — 7 deaths, 799 cases on an island of nearly 24 million. Getting to see firsthand how they've been doing it.

"Faced with the choice between changing one's mind and proving that there is no need to do so, almost everyone gets busy on the proof." - John Kenneth Galbraith
Upp
Skriv svar
1272 inlägg